Today’s not so quick update… 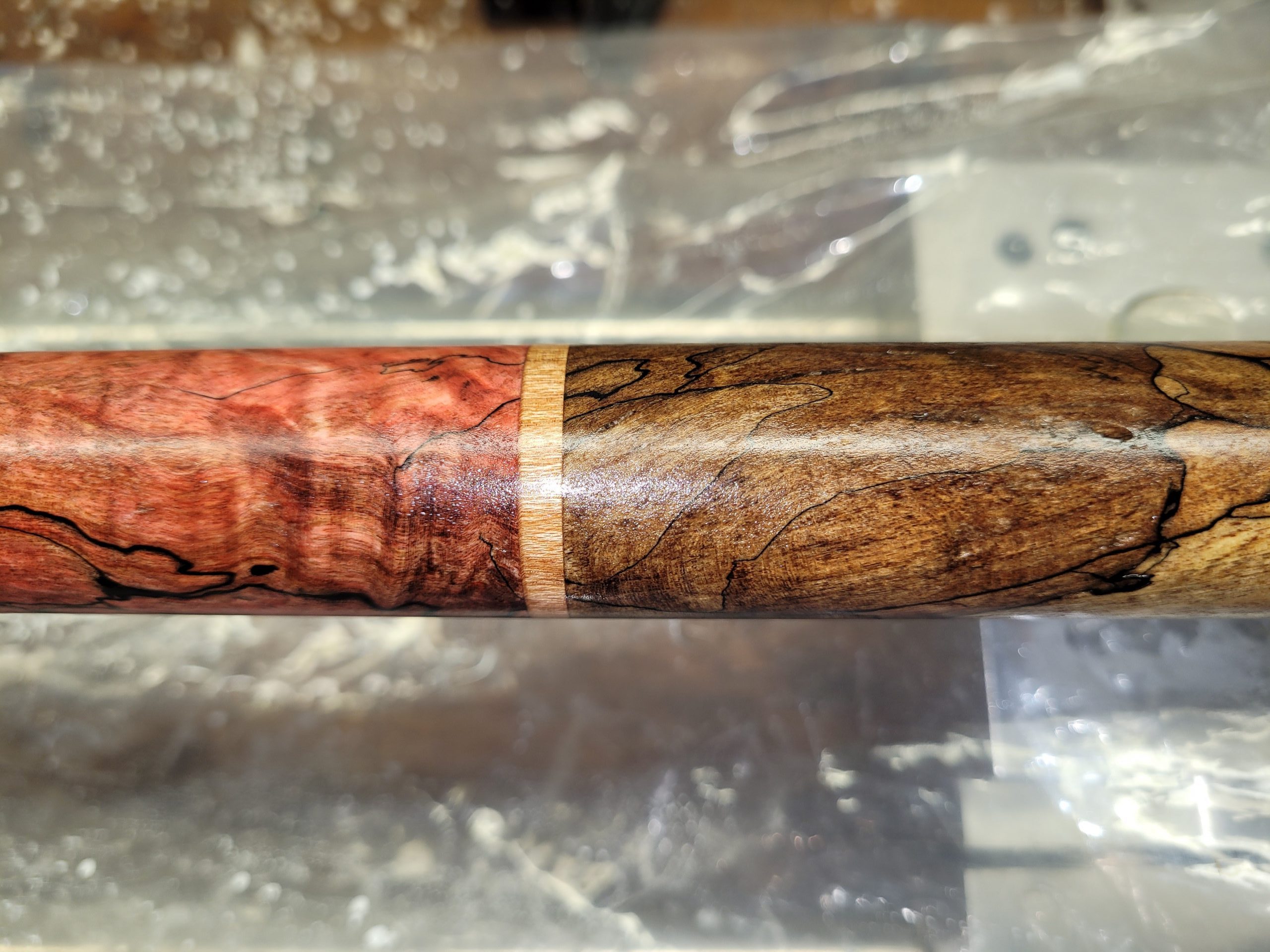 I was hesitant to use tung oil on a stick because I figured there’d be a thin market for it, but I wanted to try the experiment anyway, and figured I’d just shoot with it myself. Stick Porn turned out very nice, and a fellow who saw it while I was out shooting went agog for it. I let him shoot with it all night and he ended up grabbing it off the internet a couple days ago. That felt good, to be quite honest. I don’t have a testimonial wall up yet, as I’ve only sold 5 sticks so far and the fourth, stick #6, was just delivered today. Having a person I don’t know, who is unfamiliar with my books and my winning candor, fall in love with a stick I made because of how it looked, felt in his hands, and potted balls on the table, well that’s just sweetness itself. I hope he keeps loving that stick, because I sure did.

I’m now claiming Stick #13, Intent Moves Matter, because I muffed the pin a little and I’ve always thought the colors were electric. It’s a wild orange and black one that’ll be sure to grab eyeballs. (It’s next to Tiger Green on the right, about 15 seconds into the video. It’ll be ready tomorrow to sand and apply a finish.)

On to today’s updates, following the order of the sticks on the video below.

Stick #10, Hot and Bothered, is my second tung oil stick. The oil increases the chatoyancy of the grain, the shimmering waviness as the angle changes in light. Something off putting to some, that I personally love, is how tung oil leaves small pockets in the wood that were never filled in by the stabilizing process. (Visible in the brown area on the far right.)

On a gloss finish, I’ll fill the holes with an epoxy base coat so the final finish is like glass, all over. But tung oil gives a natural look and allows you to feel the wood in your hand. I like allowing those imperfections to remain. They add something, in my mind. Everything in today’s world is so artificial… I just love the feel of a blemish.

Stick # 8, Tiger Green, has a base shine on it. At this point I’ll let it sit a day or two before buffing it again, but before that, I’ll clean up and finish the butt and joint area. I noticed the green Tiger’s stripes are heavy on one side and light or not there at all on the other. It looks like a back side and a belly side. I wish I could claim to have thought of that while I was putting on the dye. Just good luck I suppose.

Next on the video is James Lee’s stick. For those on the internet who haven’t been introduced to my sales manager, you will be once we start holding tournaments with a shot to win a stick as the prize.

I made James’ stick before I had any of the right equipment, just to show off how the wood would look. (It took 4 months to get my cue lathe and taper shaper.) His stick doesn’t have a core running all the way through it like my others, and wasn’t turned over time. Consequently, it developed a much-anticipated warp. When I made it I figured it would be a throwaway stick, just something James could shoot with around town, spreading the word about Character Cues. I figured I’d replace it with another stick with a proper build, once I had the equipment to build one.

The problem is James shoots like a mad fucking genius with that thing, and since he’s usually my partner when we shoot doubles, I have a dog in the hunt. Hence, I’m fixing it. New joint pin, new taper, new finish. Plus I’m going to set him up with a couple different weight bolts so he can get it dialed in just right.

Next on the video is Stick 21, BOB, a purchased stick. It’s the first one I had on the taper shaper and I got the neck 5 hundredths too skinny, so I’m building it up with some extra epoxy before applying the finish.

Last on the video, Stick 22, Bruiser, the first black and blue stick. I might name it Civil War. There’ll be one more very similar in the next batch, so I’ll end up using both names. Looking to get it glued today.

Busy day, and I need to get back to it… 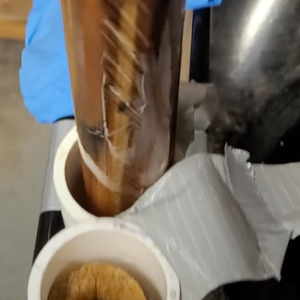